Since I started lifting weights, there is nothing I look forward to more than my post-workout meal (or short PWO). It's the time when I'm literally starving and just need a proper meal to get my energy back.

Meal timing and what to eat when, is a big debate in the fitness industry and we got often asked about the importance of carbs and protein after a workout. Since there's so much nonsense preached about PWO, I wanted to write an article about it, to point out what's actually important and what's simply bro-science.

Let me start by saying: PWO isn't as crucial as many want to make us believe, but it's also not completely nonsense.

A proper post-workout meal might improve your workout results in comparison to no meal at all, especially when you train in a fasted state. The body deals with nutrients in a different way at different times, depending on what kind of activity is done. Hence, consuming particular nutrients after you worked out might improve body composition, performance and recovery. 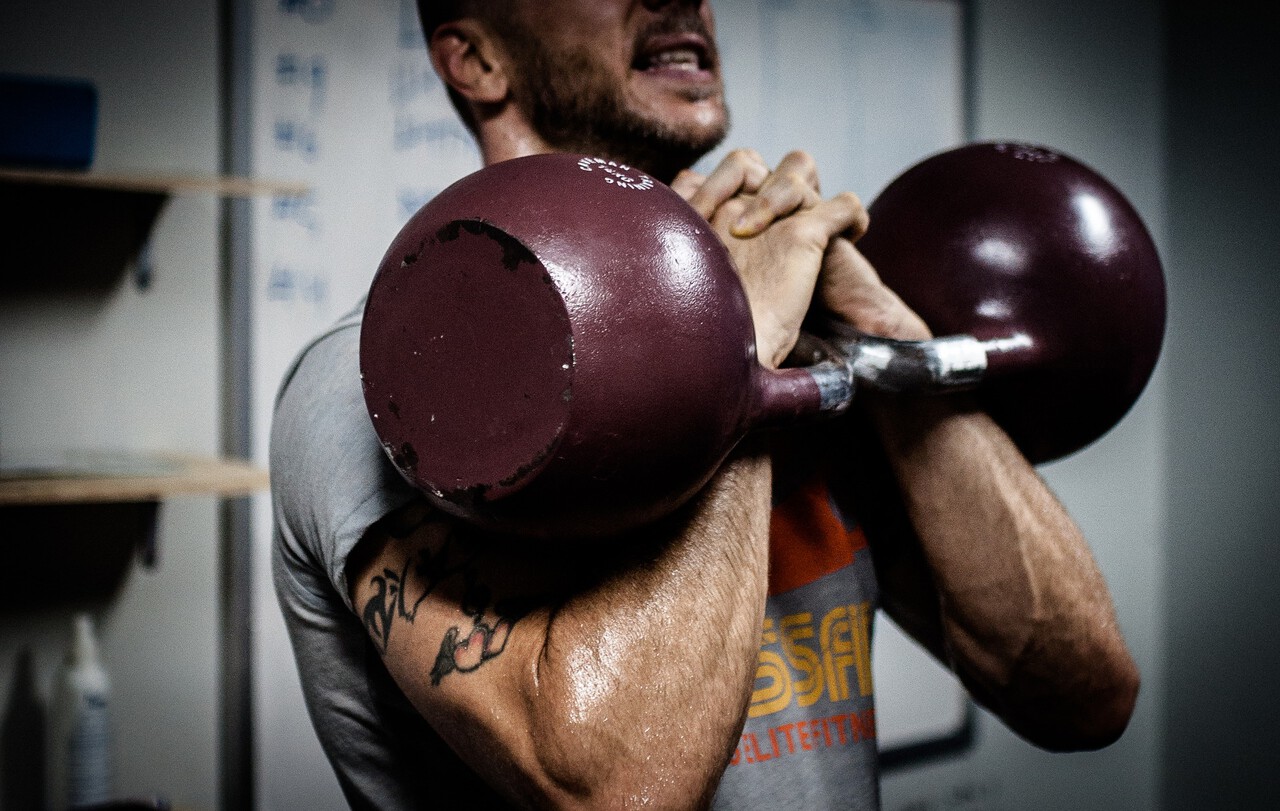 To understand why the right nutrition can be beneficial, you have to understand how your body is affected by physical activity.

During an intense workout muscle proteins are broken down. The muscle breakdown is mild during your training, but it rapidly increases when you're finished.

Your body wants to replace weaker muscle tissues with more functional ones and remodel it's composition, which isn't necessarily a bad thing. You just have to make sure that the muscle breakdown doesn't exceed the process of synthesising new proteins, which would lead to net muscle loss. This whole process is called protein turnover.

The relationship between muscle protein synthesis and protein breakdown represents our metabolic basis for muscle growth.

The catabolic devil and the "window of opportunity"

I'm pretty sure you heard this one before: Eat your PWO immediately after you finished your workout to get dramatic improvements. Yep, this is one of the typical bro-science approaches. But how long is the anabolic window or "the window of opportunity"? Or is there even an anabolic window?

It's claimed, that during the "window of opportunity", your muscles are primed to accept nutrients that can stimulate muscle repair, muscle growth and muscle strength.

This theory is based on the fact, that after lifting weights you have depleted glycogen stores and damaged muscles. So far so good, that's true.

And it's also true, that eating carbs will replenish the body's glycogen and provide the body with energy, while eating protein repairs the damaged muscle tissue.

However, what's not true is that you have to get your PWO immediately after your workout in or that the "window of opportunity" closes after 45 minutes.

Yep, protein synthesis is elevated after you lifted weights. Here's the shocking truth: A study shows, that protein Synthesis is elevated for up to 25 hours after your workout. Keep calm, there's no need to break the speed limit while driving home to get your shake in.

Another theory suggests, that you have to eat right after your workout to prevent muscle breakdown. False claim, again! This study shows, that you have at least 3 hours after working out that your body is in a state where it builds muscle rather than breaking it down.

Plus, the "anabolic window", should only concern you, if you train fasted. Training completely fasted makes a proper PWO quite beneficial. Meaning, there is no need to have a PWO unless you've trained fasted. If that's the case, eat something within 2-3 hours after your training, because the muscle breakdown rate is significantly heightened.

So, if you forgot your PWO-Shake, don't stress too much. There is plenty of time left. 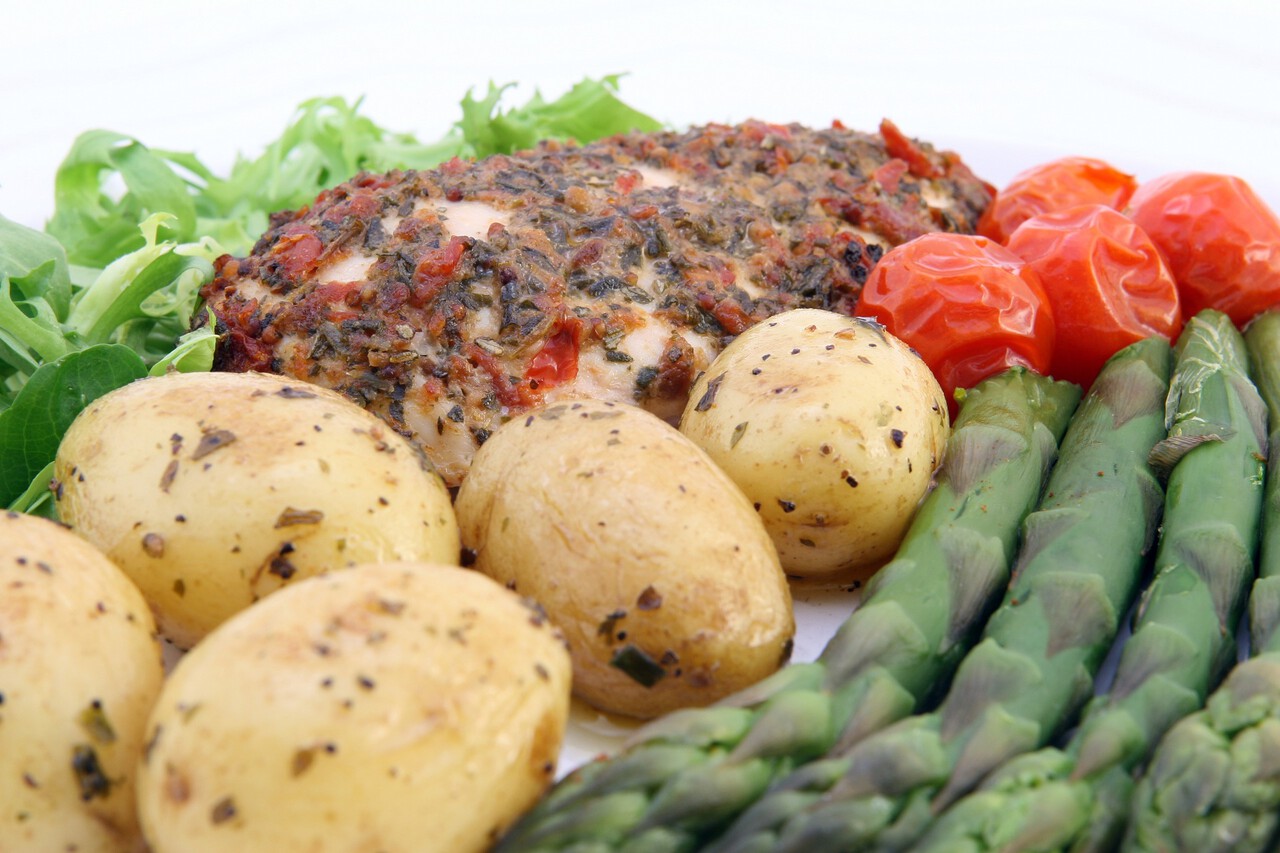 We now figured out if it's necessary to eat PWO. If you are like us and you train fasted, or you simply decided to go ahead with your PWO no matter what, here's what you should eat after a workout.

When eating a post-workout meal high in protein, your body digest it and breaks it down into its micro-parts amino acids, which include leucine.

The amino acids are then transported into your bloodstream along with insulin. Insulin slows down muscle breakdown and muscle protein synthesis gets activated, as long as you had enough leucine in your meal (2g for a normal person, 3g for a more muscular male).

Getting those say 3g of leucine can be achieved with things like:

By the way: just consuming BCAAs is not enough post workout, because while 10g of BCAAs have 3g of leucine, the body needs all 9 EAAs (essential amino acids) to trigger muscle protein synthesis. So save your money and drink whey instead - or have a decent meal!

When it comes to carbs for PWO, opinions are divided. Some say, carbs after workout spike insulin levels, which would supercharge muscle growth.

However, this study shows that this isn't the case and adding carbs to PWO on top of enough protein doesn't accelerate muscle gain.

A benefit you get from carbing up though, is refilled glycogen stores, which are partly depleted after an intense workout.

Glycogen replenishment doesn't improve overall workout performance (unless you want to train later the same day again), but it gives you a nice mood-boost and can improve recovery. And let's be honest, who doesn't like carbs?

Stick to fast digesting carbs though. Slow digesting ones likes legumes and oats will also slow down protein absorption. Rice (cakes), cereal, sweet potatoes, white bread and the like are good options.

Stay away from fruit, because fructose will not be used to replenish your muscle glycogen stores, but rather your liver glycogen, which has no positive effect for muscle growth whatsoever.

Dietary fat in a PWO is something you might want to avoid, because it will slow down the digestion of protein and carbs. Furthermore, when insulin levels are high, consuming dietary fat after an intense workout can cause an increased risk of fat storage.

Even having milk in your PWO shake will slow down digestion by a lot, which means your body will receive the much needed protein a whole lot later.

Basically, you can't go wrong with protein and some carbs, so stick with that.

What you eat after your workout is less important than you might have thought. Of course, there are some benefits, but it's much more important to meet your overall caloric and macronutrient goal of the day, than to focus too much on PWO.

Just have enough quality protein and add some fast digesting carbs and you're good to go. Don't overthink it.

What is your favourite PWO meal or shake? Let me know in the comment section below!

How to 'bulk' clean and build muscle the right way

It's been two months now, since my first bikini competition and I'll finally start my 'bulk' - or as…

Losing body fat and building lean muscle mass at the same time? Sounds impossible, doesn't it? But it's actually…