Today I want to talk about a topic, that is more and more present in today's society: Diabetes. And because it’s such an important topic to talk about and there is so much to talk about, I’m going to make a series out of it.
Maybe you suffer from diabetes or you know somebody who does. In both cases diabetes raises many questions about how you master your daily life, how it makes you feel or how to manage diabetes and it's symptoms.

Are you diabetic? You don't know? No problem, there's a simple test you can buy in any local pharmacy to check in a few seconds. It's called a blood glucose meter. Or you can let it get checked by your doctor.

Using the blood glucose meter, simply prick your finger and a drop of blood is all that’s needed: 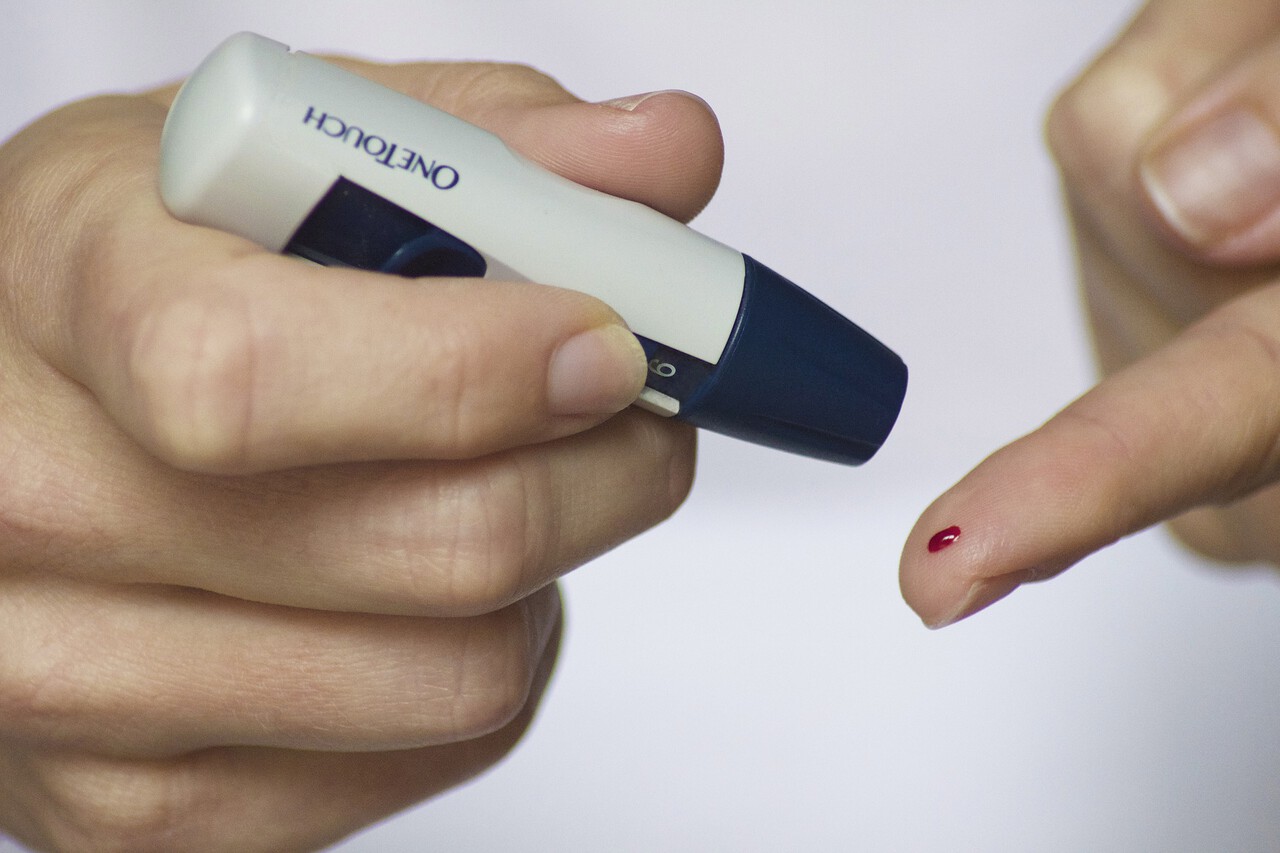 Always try to test your blood sugar levels fasted, because the results are much more accurate. Also take several samples over the course of a day, to account for misreadings. Don't freak out if the first test shows high levels. Test again after 1 or 2 hours, without eating in between.

What is diabetes mellitus? 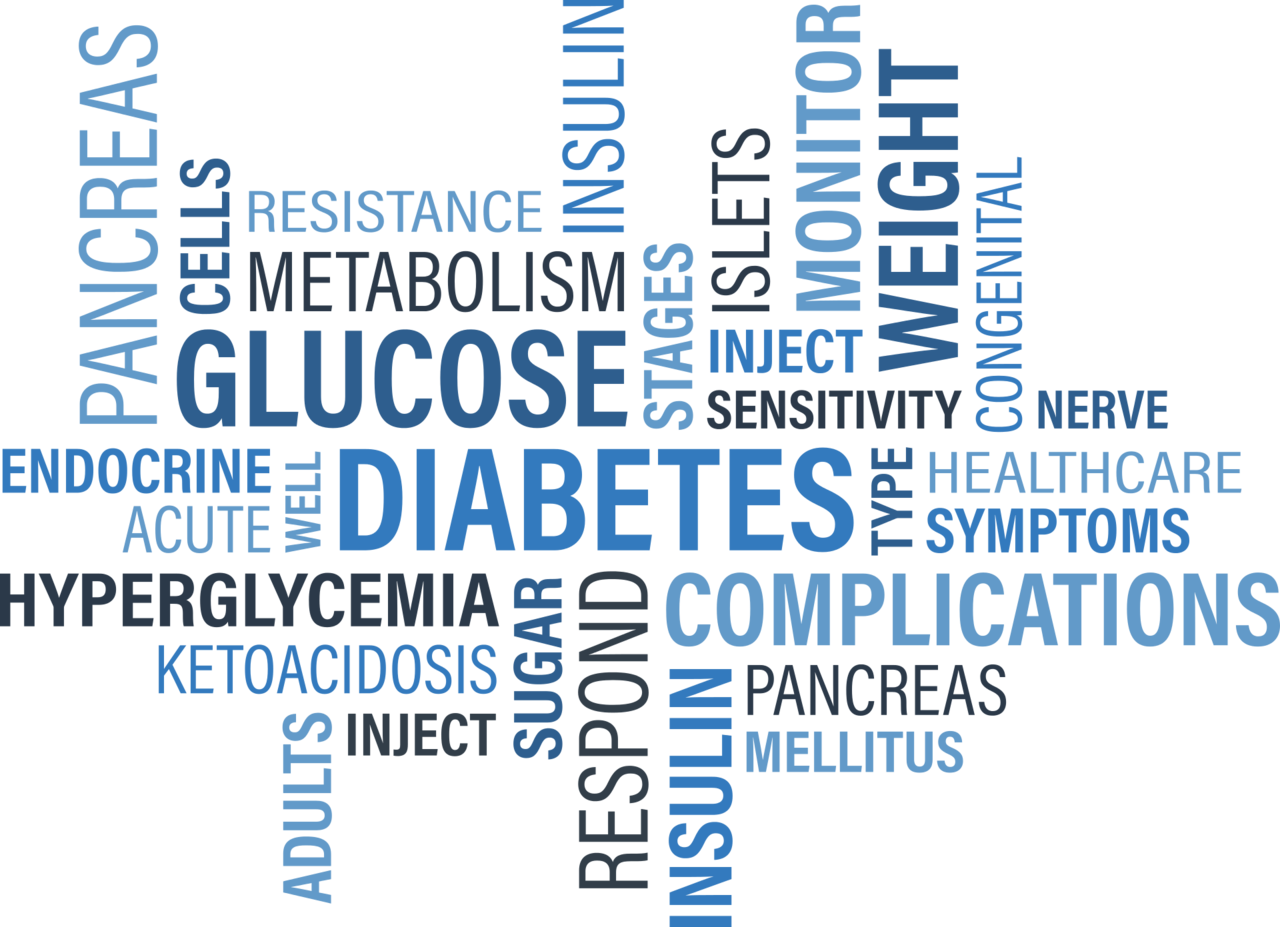 Diabetes is one of the most common disorders of the hormone system. It occurs when blood sugar levels in the body are consistently above normal.

It's either brought on by the body’s inability to make insulin (Type 1 diabetes) or by the body not responding to the effects of insulin (Type 2 diabetes). However, insulin is the main hormone that regulates blood sugar levels and stores glucose for energy. That's why it plays a key role in diabetes.

But insulin is no only responsible for the regulation of blood glucose levels. It also plays an important role in the body's metabolism, such as the storage of fat.

If the body has sufficient energy, insulin signals the liver to take up glucose and store it as fat. In the absence of insulin, no fat can be stored.

Here are the different types of diabetes.

If your blood sugar levels are higher than normal, but not high enough to be classified as diabetes, you are pre-diabetic or have impaired glucose tolerance.

People with pre-diabetes usually have no symptoms, but it’s almost always present before a person develops type 2 diabetes. Impaired insulin sensitivity, due to high blood sugar can lead to fat gain because you're more likely to overeat on carbohydrate-rich foods.

People that suffer from type 1 diabetes, aren't able to produce insulin. That’s because the insulin-producing cells of the pancreas are destroyed by the immune system.

The lack of insulin results in high blood sugar levels. Hence, the high amount of glucose in the bloodstream ‘spills over’ into the urine and pulls water out of the body. Which results in dehydration and thirst.

Basically, because the body is not able to produce insulin it ‘thinks’ that it’s starving. Therefore, the body tries to do everything it possibly can to release even more stored energy (glycogen) into the bloodstream.

Diabetic ketoacidosis happens after excessive release of stored energy, which can cause several changes to how energy is used and stored in the body. Not to be confused with the state of ketosis!

About 90% of all people who suffer from diabetes, have type 2 diabetes. Usually it occurs later in life and is mostly a lifestyle disease that occurs due to obesity and a lack of exercise.

The pancreas either produces not enough insulin, or the body is unable to recognise insulin and use it properly. Therefore, glucose can’t get stored into the body’s cells to be used as energy. Excess glucose builds up in the blood.

As a consequence, the pancreas now has to produce even more insulin. This is called insulin resistance and is commonly linked to obesity.

Type 2 diabetes can occur at any age. Even 1 year of very unhealthy eating can make you a type 2 diabetic, or at least pre-diabetic. However, the good news is, since it's a lifestyle issue, that it can be reversed, by changing your diet.

During a pregnancy the body experiences a tremendous hormone change, which can affect insulin’s ability to work properly.

If you are pregnant, over 25 years old, above your normal body weight before you got pregnant and have a family history of diabetes, you might have an increased risk of developing gestational diabetes. So keep an eye on that, together with your doctor.

Usually, blood sugar levels return to normal after the childbirth for non-obese people.

Hypoglycaemia means that your blood sugar levels are too low. And yes, that's also a form of diabetes.

Low blood glucose occurs when the level of glucose in your blood drops below the normal level (for people with diabetes, that means a level of 70mg/dL or less) due to too much insulin.

Hypoglycaemia can happen to people with diabetes, that are on pre-scripted medication, which increase insulin levels in the body. Taking too much of it, skipping meals, eating less than normal or exercising more than usual may lead to low blood sugar levels.

But you can also suffer from Hypoglycaemia, if you don't have type-1 or type-2 diabetes. If the pancreas simply isn't able to release the correct amount of insulin. But instead of releasing not enough or nothing at all, it releases too much. 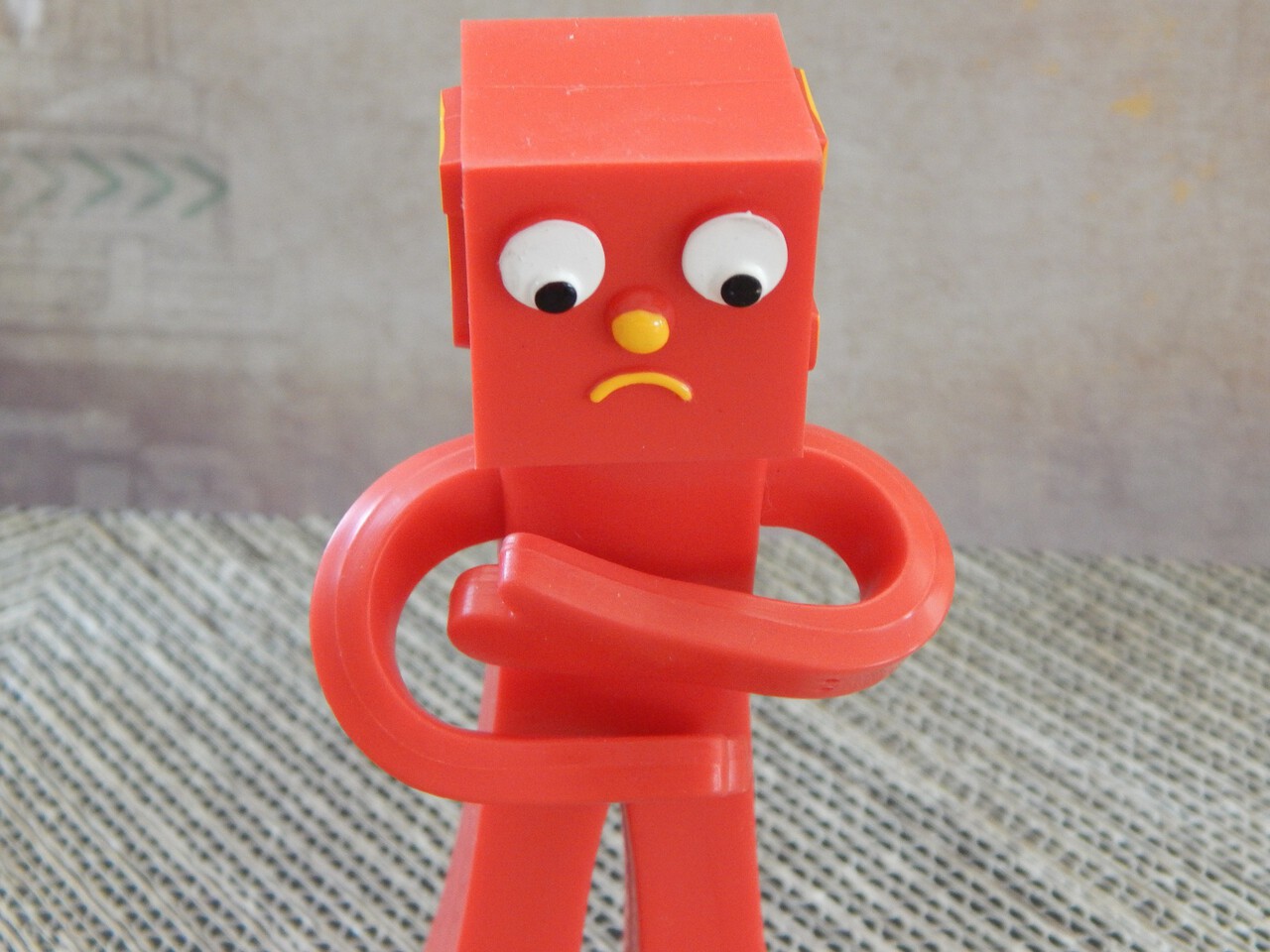 Because of the excessive amount of glucose in your bloodstream, the kidneys kick into high gear to get rid of all of this. The result is the urgent need to urinate frequently.

Plus, excessive thirst could mean your body is trying to replenish all those lost fluids.

Lost 5 to 10 kg in two months, without even trying? This might happen when glucose can’t stored in the cells as glycogen or fat to be used as energy later.

The body starts to think it’s starving and begins to break down muscle tissue as an alternate source of fuel. And losing muscle tissue is not the weight you actually wanted to lose, believe me!

Blood vessels are being damaged by the excessive amount of glucose in the veins and arteries.

Therefore, it’s much harder for blood, required to facilitate healing, to reach different areas of the body. Meaning, wounds will heal much slower than normal.

Having an all-day high blood sugar level can lead to a change of the shape of lenses and eyes, which impairs your vision. Good news though: this symptom is reversible once blood sugar levels are returned to normal or even near the normal range.

But if you let your blood sugar unchecked, high blood sugar levels cause permanent damage and can even lead to blindness.

Suffering from diabetes may cause nerves to being damaged. A sign for that can be a tingling and numbness in your hands and feet, along with burning pain or swelling.

If your body continues to break down fat stores, it will also start to build up ketones. This may cause your breath to smell like fruit and can also lead to stomach pain.

How is diabetes treated? 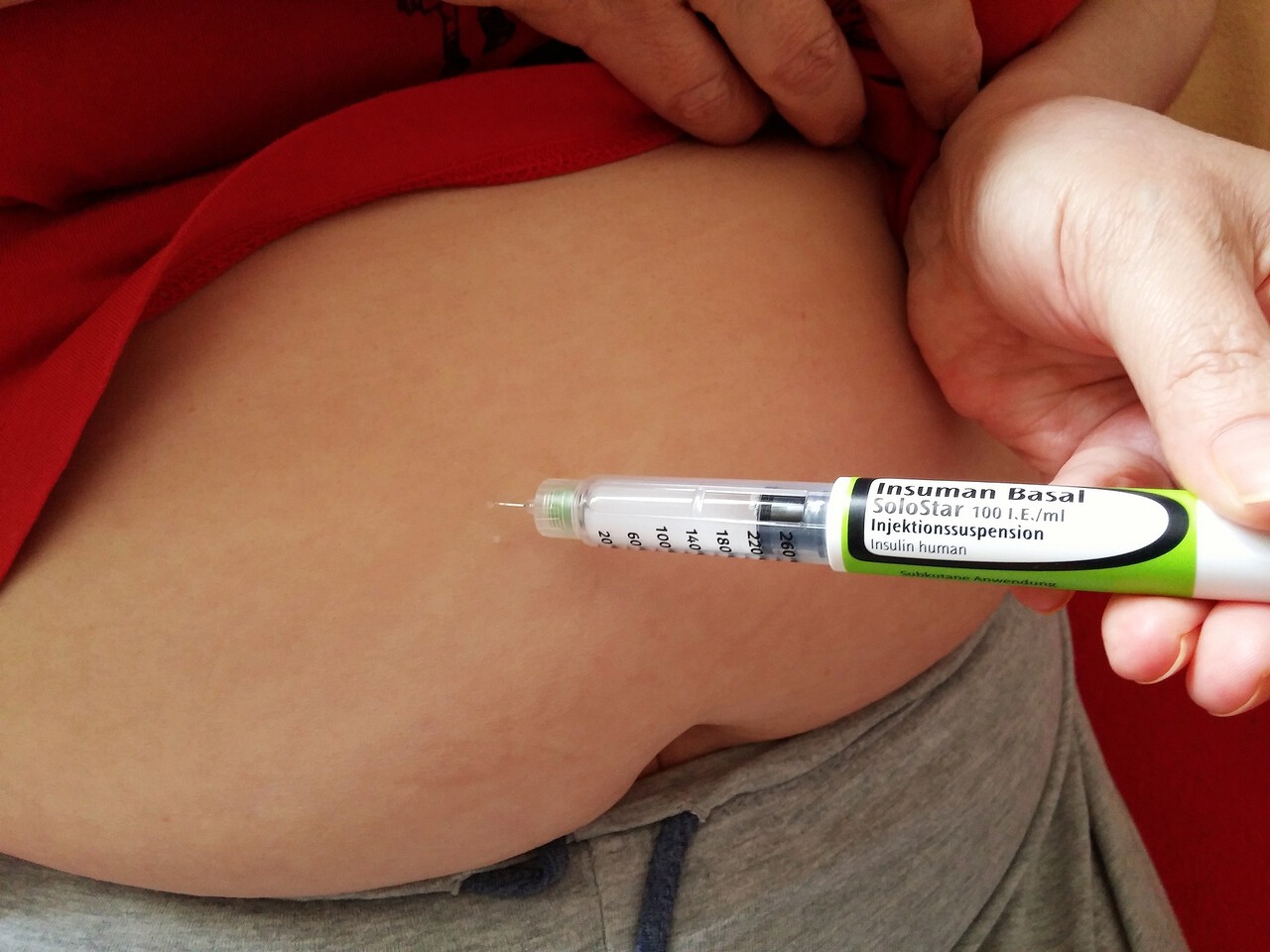 Paying more attention to what and when you eat can minimise or avoid rapidly changing blood sugar levels. It's crucial to pay more attention to your nutrition, because too many spikes in your blood sugar can cause a higher medication dosage, especially if you need externally supplied insulin.

Physical activity is also a very effective way to bring your blood sugar levels under control, especially when you suffer from type 2 diabetes. Start with a moderate 30 minute workout, like brisk walking.

I will get into much more detail about diabetes and treatment in one of the following post of this series.

How likely are you to get it? 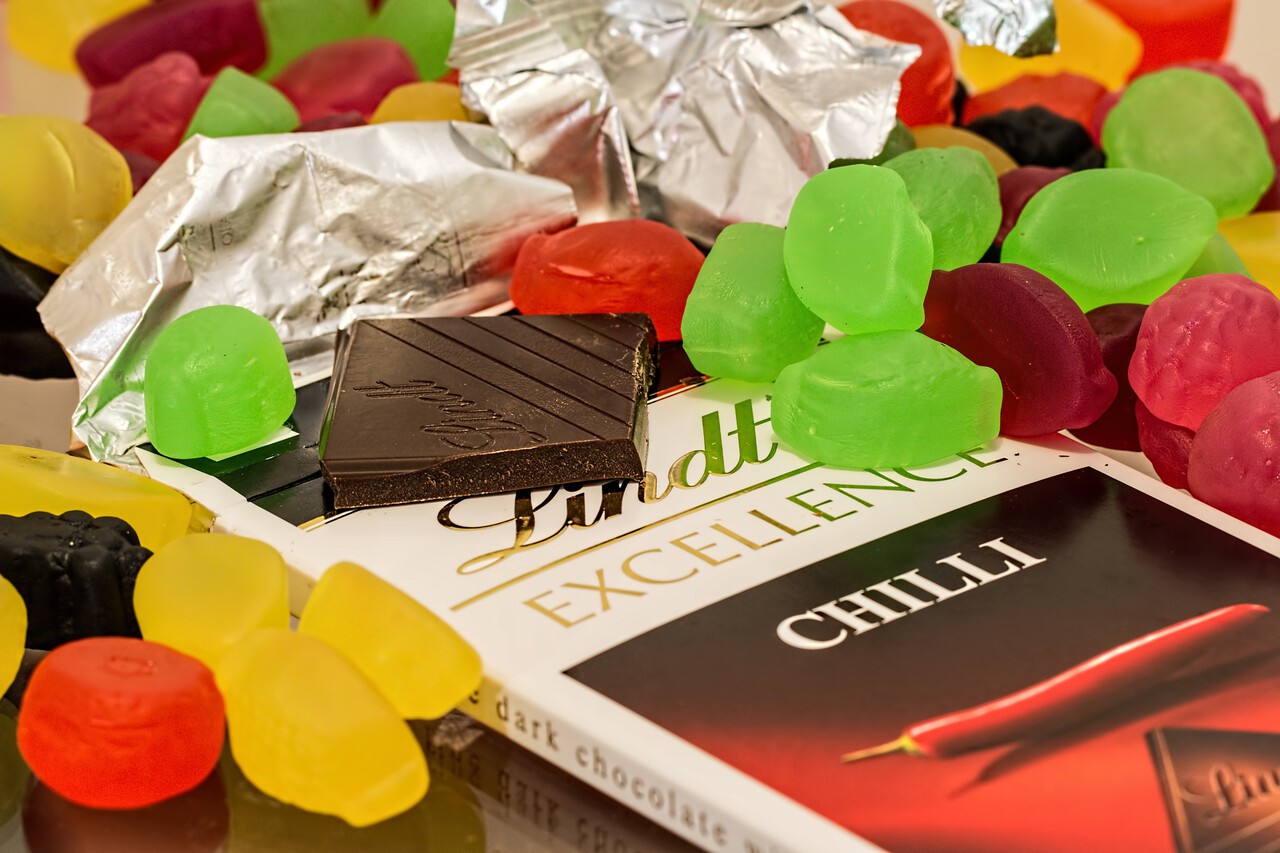 It's not proven yet who gets type 1 diabetes, or how to prevent it. Given the main cause is autoimmunity, environmental factors are most likely the biggest risk factor.

Now type 2 diabetes on the other hand, is directly linked to obesity and diet. Overweight people become more and more resistant to insulin and will more likely get diabetes sooner or later, if they'll not change their lifestyle.

However, both types have genetic predispositions. Type 2 has an even larger genetic factor.

This was the first post of the series. I will get into much more detail about nutrition, fitness, treatment children with diabetes in the following blogs post.

If you want me to focus on another special topic regarding diabetes or anything else for that matter, just let me know in the comment section down below.

I am sick and tired of the fitness and diet industry. There are so many people out there, who…

The absolutely best vegan homemade ice cream in the world

Summer is slowly coming and everybody loves to enjoy a healthy and delicious bowl of homemade ice cream. I…